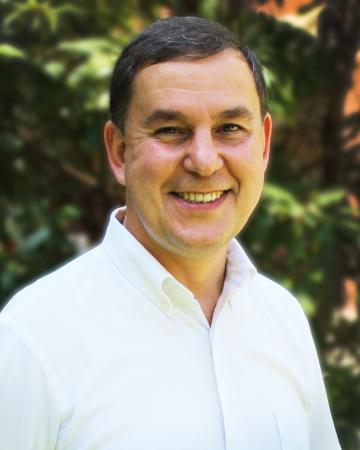 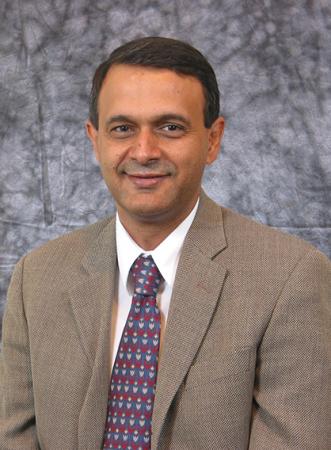 The GRA Academy of Eminent Scholars numbers 63, and in 2014, was responsible for generating more than $300 million in competitively-funded research activity. GRA Eminent Scholars employ some 1,200 faculty, graduate students, and technicians in their labs, and last year filed 47 invention disclosures and were granted 23 patent applications.

Kane and Emelianov come to Georgia Tech from the Rensselaer Polytechnic Institute and the University of Texas at Austin, respectively, while Divan returns to Tech after taking a four-year leave to establish an electrical energy startup company in the Bay Area.

“We are proud to welcome Deepak Divan, Stanislav Emelianov, and Ravi Kane to our Academy and to Georgia Tech,” said C. Michael Cassidy, President and CEO, Georgia Research Alliance. “They bring to Georgia vast knowledge and expertise that will help to further development in the fields of cancer nanotechnology, energy management, and medical imaging.”

Ravi Kane has joined the School of Chemical and Biomolecular Engineering as a professor and holder of the Garry Betty/V Foundation Chair and GRA Eminent Scholar in Cancer Nanotechnology. Kane will hold also program faculty status in the Wallace H. Coulter Department of Biomedical Engineering at Georgia Tech and Emory University.

Previously, Kane served on the faculty of Rensselaer Polytechnic Institute, where he was head of the Department of Chemical and Biological Engineering and held the P.K. Lashmet Professorship.

“Ravi is a wonderfully creative and effective researcher, and we are thrilled to have him join us at Georgia Tech,” said Professor and ChBE School Chair David Sholl.

Holding master’s and doctoral degrees from Massachusetts Institute of Technology (MIT), Kane focuses his research on the interface of biotechnology and nanotechnology.

His research group is designing nanoscale polyvalent therapeutics and working on the molecular engineering of biosurfaces and nanostructures. The Kane group is also interested in using protein engineering, nanotechnology, and other tools to combat cancer, Alzheimer’s, Parkinson’s disease, influenza, and antibiotic-resistant pathogens.

Having contributed to more than 125 scientific publications, Kane has received numerous honors throughout his career. In 2004, MIT Technology Review named him one of the top 100 young innovators in the world.

Elected to the American Institute for Medical and Biological Engineering College of Fellows in 2013, Kane is a member of the editorial board for the Annual Review of Chemical and Biomolecular Engineering and Biotechnology and Bioengineering.

Kane’s Chair was endowed by the family of Charles Garrett “Garry” Betty (BS ChBE 1979). Betty was president and CEO of the Internet service provider EarthLink from 1996 until his death from a rare type of cancer in 2007. He was inducted into the Georgia Technology Hall of Fame in 2005.

Deepak Divan has been appointed as the John E. Pippin Chair Professor in the School of Electrical and Computer Engineering (ECE) and as a GRA Eminent Scholar. In this new role, Divan will also serve as director of the Georgia Tech Center for Distributed Energy, which will focus on enabling the transition of the global electrical energy infrastructure from a fossil-fuel powered, top-down controlled system to a massively-distributed, resilient, smart, and sustainable system.

“We are excited to welcome Deepak back to Georgia Tech,” said Steven W. McLaughlin, the Steve W. Chaddick School Chair of ECE. “He is internationally recognized and respected in the electrical energy arena, and he will be an effective leader in developing the energy delivery systems of the future.”

An ECE faculty member since 2004, Divan works in the areas of dynamic grid control, advanced and integrated power electronics, and sustainable energy systems. He is known for his seminal work in technologies that protect equipment against power disturbances that impact industries such as utilities, semiconductors, automotive, and food processing. He served as director for the Intelligent Power Infrastructure Consortium, a university-industry-utility consortium to foster and accelerate the development and adoption of early-stage, pre-competitive high-risk and high-impact technologies in power applications.

For the last several years, Divan has been on leave in order to establish and lead his third startup company, Varentec, which is funded by leading VCs Khosla Ventures and investor Bill Gates. Varentec, based in Santa Clara, California, builds distributed power management and monitoring solutions for the electric grid. Divan currently serves as the scientific founder and Chief Scientist for the company. He is also the scientific founder of two additional companies–Innovolt, based in Atlanta, which makes next-generation power protection and asset management devices and where he serves on the Board, and Soft Switching Technologies Corporation, where he served as CEO and developed a range of devices to help manufacturing facilities ride through power disturbances. At Soft Switching, Divan also conceptualized and helped to develop the I-Grid, the first publicly accessible Internet-based power monitoring network in the U.S., which allows industries and utilities to diagnose widespread power quality events and unsolved downtime events. Soft Switching was acquired by Rockwell Automation in 2012. Finally, his work at Georgia Tech has provided the foundation for another start-up company – Smart Wires, which is located in Oakland, California, and provides power flow control devices for the transmission grid.

Divan holds more than 60 issued or pending patents, with over half in use by industry, and he has published over 300 refereed journal and conference papers, including 12 outstanding prize paper awards.

In 2015, Divan was elected to the National Academy of Engineering. He served as president of the IEEE Power Electronics Society (PELS) in 2009-2010, and he was named as the first recipient of the IEEE Newell Field Medal, the highest honor given by IEEE in the area of power electronics “for leadership in the development of soft-switching power converters.” Divan also served as an IEEE Industry Applications Society Distinguished Lecturer in 2004 and 2005, and he was elected as an IEEE Fellow in 1998.

Stanislav (Stas) Emelianov has been appointed as the Joseph M. Pettit Chair in Microelectronics and as a GRA Eminent Scholar. He is based in the School of Electrical and Computer Engineering (ECE) with a joint appointment in the Wallace H. Coulter Department of Biomedical Engineering (BME) at Georgia Tech and Emory University.

“Stas is a thoughtful and innovative researcher who has made a significant impact in his field, and we are delighted to have him join the ECE and BME faculties at Georgia Tech,” said McLaughlin and Ravi Bellamkonda, the Wallace H. Coulter Chair Professor in BME. “Stas will be a fantastic bridge between ECE and BME, and will also work closely with Winship Cancer Institute to pursue his cancer related research.”

Prior to joining Tech, Emelianov was on the faculty of the Department of Biomedical Engineering at the University of Texas at Austin. Most recently, he served as the Cockrell Professor of Biomedical Engineering and as an adjunct professor of imaging physics at the University of Texas M.D. Anderson Cancer Center in Houston. His research interests are in the development of advanced imaging methods capable of detecting and diagnosing cancer, cardiovascular disease, and other pathologies.

Emelianov also focuses on assisting treatment planning, enhancing image-guided therapy, and monitoring of treatment outcomes. He has led a team that discovered a minimally invasive way to detect plaques that are most likely to cause heart attacks. He has also conducted groundbreaking work on deep vein thrombosis, predicting rupture of plaques for cardiovascular applications, and imaging sentinel lymph nodes and micrometastases for cancer.

Emelianov and his collaborators have published over 470 refereed journal and conference papers and 13 edited books and book chapters, and he has 15 patents that have either been issued or are pending. In serving his professional community, Emelianov is the editor of Photoacoustics and is an editorial board member for the IEEE Transactions on Ultrasonics, Ferroelectrics, and Frequency Control.

Emelianov has held leadership roles in ultrasonics conferences and symposia sponsored by both IEEE and SPIE. In addition, he is a member of the Acoustical Society of America and the American Society for Engineering Education. He was also elected to the College of Fellows for the American Institute for Medical and Biological Engineering in 2011.

While at UT-Austin, Emelianov served as the BME associate chair for research and chair of the undergraduate curriculum committee, and he received several teaching awards at both the department and university levels. He has graduated 20 Ph.D. students and four M.S. students, many of whom have received fellowships, national research service awards, and honors and awards from both IEEE and SPIE. He has also advised 45 undergraduate researchers.

School of Electrical and Computer Engineering