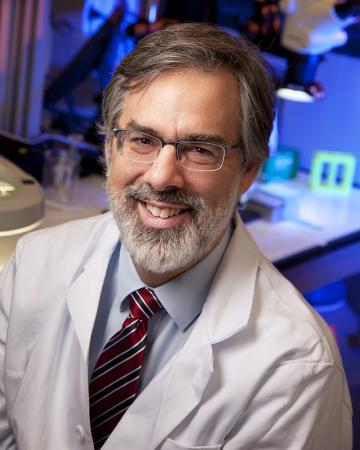 C. Ross Ethier, professor in the Wallace H. Coulter Department of Biomedical Engineering at Georgia Tech and Emory, and a Georgia Research Alliance Eminent Scholar in Biomechanics and Mechanobiology.

Ethier, a Georgia Research Alliance Eminent Scholar in Biomechanics and Mechanobiology, studies the biomechanics and mechanobiology of cells, tissues and organs, with the goal of understanding how cells respond to mechanical stimuli, and how this response in turn affects the function and properties of tissues and organs. His lab research focus areas are glaucoma, a common cause of blindness; and VIIP, a condition that affects astronaut health in long-duration space missions.

Fellow status is awarded to Society members who demonstrate exceptional achievements in the field of biomedical engineering, and a record of membership and participation in the Society.

This year's class includes 20 members who were nominated by their peers.

“This year's class truly exemplifies what it means to be a BMES Fellow. In addition to conducting ground-breaking research, BMES Fellows are leaders in education, promoting diversity and supporting all fields of science.” said Lori Setton, BMES President.

BMES Fellows are invited to pursue leadership positions within the Society and work to improve the future of BMES. Fellows also play an integral role in supporting the field of biomedical engineering.

The Class of 2017 joins 124 other BMES Fellows who have been recognized for their outstanding work and leadership.

The Class of 2017 Fellows will be recognized during the BMES Annual Meeting held this October 11-14, in Phoenix.