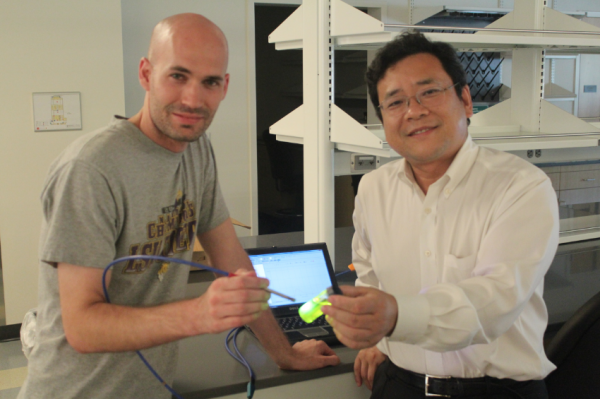 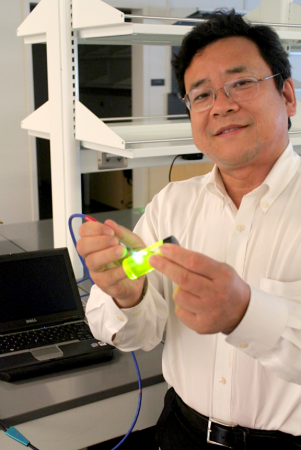 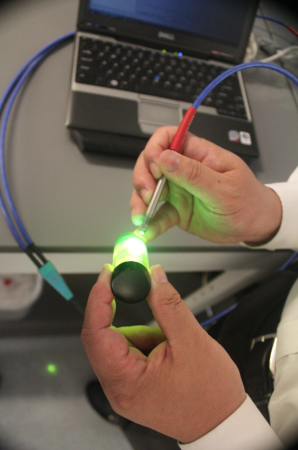 A BME professor recently discovered how to use tiny glowing particles to detect malignant cancer cells. And he's turning his groundbreaking cancer-detection technology into a commercial venture.

“One of the biggest challenges with surgeries to remove tumors is that there are residual cancer cells left behind. They account for about 40 percent of cancer recurrence,” said Shuming Nie, Ph.D., a Wallace H. Coulter Distinguished Faculty Chair and director of the Emory-Georgia Tech Cancer Nanotechnology Center. “Our technology uses tiny luminescent particles that bond to these cancerous cells to show doctors where the malignant cells remain so they can be removed.”

Nie hopes to commercialize the technology by early 2015, likely starting in Europe where the regulatory process moves faster. Nie will work in tandem with the biomedical technology company Spectropath, a spinoff founded by one of his former students.

Spectropath was started in 2009 to further develop and commercializing image-guided cancer surgery.

The venture recently received a boost from the National Institutes of Health, which awarded Nie and his team a five-year, $6.9 million transformative research award.

“This award supports projects that are high-risk, high-payoff,” Nie said. “In other words, we may face major challenges, but we also have the potential to make an enormous impact on the field of medicine. This technology will literally save lives.”

The technology has a host of practical applications where it may prove useful. It could allow for minimally invasive pathology via fiber optics, as opposed to the generally random sampling currently used in biopsies. Scientists are already researching how it might help combat cardiovascular disease, using the same ultra-small glowing particles to target plaque in the arteries. It may have implications for cell-based therapy and regenerative medicine as well.

“Biomedical engineering is a field that allows you to turn your personal interests and curiosities into practical applications for human health,” Nie said. "It’s a most satisfying field.”

Clinical trials on the new technology are expected to begin in Europe early next year.