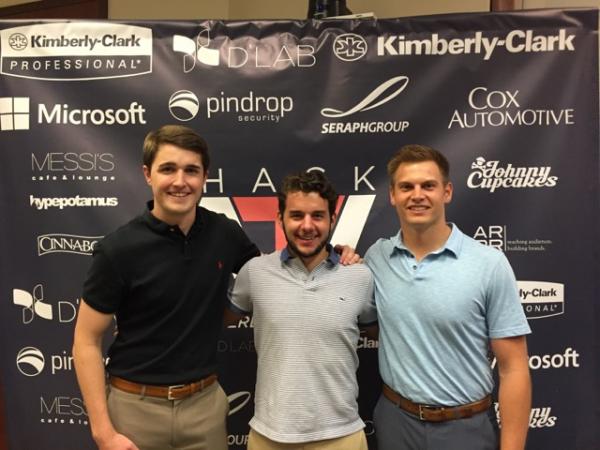 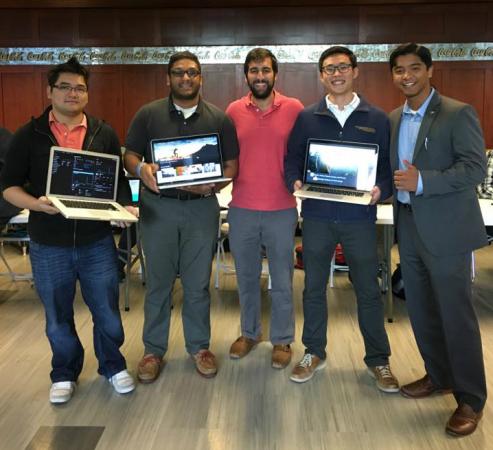 Two teams of Georgia Tech students brought home the top prizes at Hack ATL, the largest undergraduate business “hackathon” in the Southeast — with more than 35 teams participating. The third annual competition, held earlier this month at Emory University's Goizueta Business School, gave the teams just 36 hours to create a startup business — including a business model, marketing strategy, and prototype of their idea — and pitch it to real investors.

The first place team developed a mobile app called Divy, which allows groups to seamlessly track their expenses and issue reimbursements. Divy removes all the frustrations of financially settling up after a weekend trip or class project. Team members Garrett Wallace, John Riley, and Ryan Brooks were awarded a cash prize of $7,000 along with a potential $100,000 investment from the Seraph Group.

Wallace, a biomedical engineering (BME) major, said his team signed up for the competition because they thought it would be a fun way to spend the weekend. But, as the weekend went on, he said they realized what they were developing had great potential.

“People were getting really excited about our idea,” Wallace said. “When we were chosen for the final round of pitching and later were awarded first place, it was an awesome feeling. At an event like this, you are immediately rewarded for your hard work. BME definitely prepared me well for the positive team dynamic that was an essential component to our team’s success.”

The winners of second place developed an app called Navlit, a Web application that matches a city visitor with a local resident who shares similar backgrounds and interests. Navlit’s aim is to leverage this interest-based matching algorithm to provide users with a personalized traveling experience and locals with an opportunity to showcase their city. Team members Sunny Patel, Ratchapong Tangkijvorakul, David Wang, Henry Wang, and Saeed Siddiqi were awarded $5,000 in cash. The team also won the Microsoft “Best Hack” award along with Microsoft Surface Pro 4s.

Patel, a computer engineering major, said the Navlit team plans to turn their idea into a real-world business that will have a positive impact on the tourism industry.