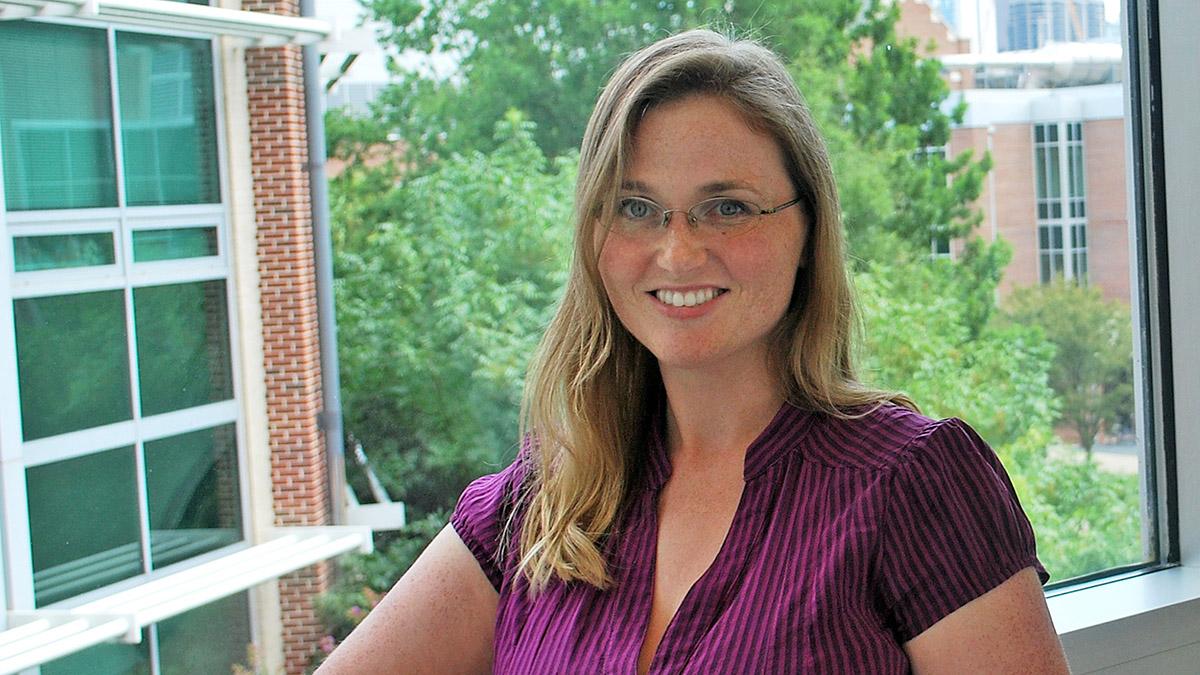 Coulter Department Assistant Professor Annabelle Singer is one of three to receive a Derek Denny-Brown Young Neurological Scholars Award from the American Neurological Association for 2021. Singer will share at the association's annual meeting her recent work developing an Alzheimer's treatment that uses flickering light and sound.

The American Neurological Association has recognized Annabelle Singer for achieving significant stature in neurological research and demonstrating the promise of major contributions to come.

Singer has received a Derek Denny-Brown Young Neurological Scholars Award from the association and will deliver a talk about her work virtually in October at the association’s 2021 national meeting.

“This award is especially gratifying because, coming from the American Neurological Association, it recognizes that our work has important translational impact,” said Singer, assistant professor in the Wallace H. Coulter Department of Biomedical Engineering at Georgia Tech and Emory University. “Ultimately, we hope our discoveries lead to new treatments for neurodegenerative diseases. All of this would not have been possible without my amazing lab and collaborators at Georgia Tech and Emory.”

Singer is one of three to receive young scholars awards this year from the association. She studies how neural activity produces memories and activates the brain’s immune system.

“The individuals recognized this year are conducting exciting work that is transforming our understanding of the brain and helping move treatment forward,” said Justin C. McArthur, president of the association and director of the Johns Hopkins University Department of Neurology. “We hope that this recognition will inspire the awardees to even greater achievements and encourage a new generation of physician-scientists to pursue careers that bring research and teaching together with clinical practice.”

Among her recent work, Singer has been developing an Alzheimer’s treatment using flickering light and sound to stimulate gamma waves in the brain. In May, she reported the first promising results for the approach in a human feasibility study. That work will form the basis of her Young Neurological Scholars Award talk in October.