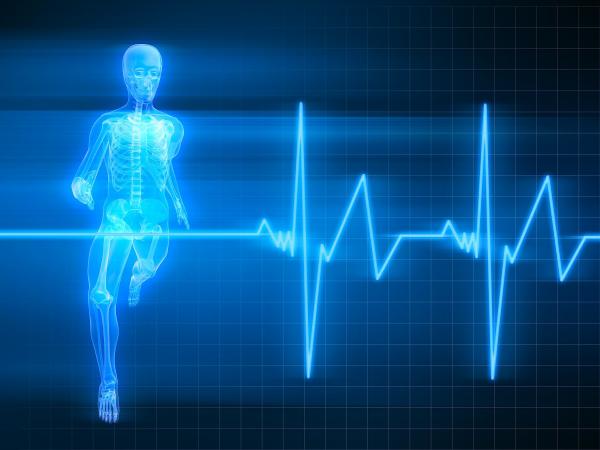 The simple actions that humans make and take for granted every moment of every day are visible results of complex, unseen engineering at work:  neuron-activated muscles throughout the body generate forces for movement, with each movement particular to each individual, influenced by a staggering number of potential neuromechanical solutions.

“When you see a neuron go off in the brain, what does that mean for movement? We’re talking about a really complex transformation,” says Lena Ting, professor in the Wallace H. Coulter Department of Biomedical Engineering and a member of the Petit Institute for Bioengineering and Bioscience. “Because there are not only many ways in which your muscles can perform a particular task, but there are many different centers in the nervous system that can generate similar motor tasks.”

All of which really complicates the study of neuroscience and the mechanisms of normal movement.

“So imagine what happens when you’re now trying to take that knowledge and apply it to somebody with a neurological injury or disorder in which their movement is impaired,” says Ting, who addresses that challenge as lead author in a recently published perspective essay in the journal Neuron, entitled, “Neuromechanical Principles Underlying Movement Modularity and Their Implications for Rehabilitation.”

Ting’s lab group develops experiments and computational models to understand features of muscle coordination, taking a neuromechanical approach – neuromechanics is an interdisciplinary field that basically is the study of how neural, biomechanical and environmental dynamics interact to create movement.

“The principles of neuromechanics are a framework for understanding patterns of neural activity that generate movements in a healthy nervous system, as well as in motor deficits, and how these patterns change through rehabilitation,” Ting and her co-authors write.

They hypothesize that these principles support the development of motor modules, which are coordinated patterns of muscle activity that combine to produce functional motor behaviors. Then they address how these modules may provide the basis to address limitations that impede the development of more effective and individualized rehabilitation therapies.

These motor modules are solutions for movement particular to an individual and shaped by evolution, development, genetics, training, and even cultural influences. Motor modules can change over the course of a so-called normal lifetime as a body ages. They can also be disrupted by neurological disorders like Parkinson’s disease, spinal cord injury, and stroke – areas of specific interest to Ting and her co-authors, some of whom are affiliated with Emory University’s Department of Rehabilitation Medicine.

“There’s sort of a modular organization to movement, where lots of different muscles are coordinated in a particular way to perform a task,” Ting says. “Within each person are different answers to how they solve a movement problem, different ways that people produce the same movement. So we have to look holistically at how muscles coordinated, rather than reading them one by one. We have to look at how the whole relationship between all the muscles and how they actually produce movement. That’s challenging and a major question in neuroscience.”

It is a challenge that demands a collaborative approach, and Ting’s co-authors/co-researchers represent a widespread effort: Hillel Chiel from Case Western Reserve University; Randy D. Trumbower and Trish Keser, both assistant professors in the Department of Rehabilitation Medicine, Division of Physical Therapy at Emory; Jessica Allen, post-doctoral researcher in Ting’s lab in the Georgia Tech/Emory Coulter Department; J. Lucas McKay, a research assistant professor in the Coulter Department and a member of the Ting lab; Madeleine Hackney, assistant professor of medicine at Emory and a clinical researcher affiliated with the Atlanta VA Medical Center.

Together they postulate that motor module organization is altered after central nervous system (CNS) disease or injury, and that quantifying this disruption may provide tremendous insight into individual-specific motor impairments as well as mechanisms of learning and refining motor behaviors during rehabilitation.

“Our technologies are contributing to our basic knowledge of how we move, but also have been very practical in helping us develop and understand new rehabilitation methods,” Ting says. “Because rehabilitation science is still in the very early stages, we don’t know a lot about why a particular intervention works, or why it works on some people but not others.”

It gets to the heart of biological systems versus engineered systems. Biological systems are inherently multifunctional. So basically, if you pull a muscle in your leg, it’ll hurt and it will affect the way you walk, but you can still walk. But if your car gets a flat tire, you’re done driving. Ting and her co-researchers want to understand exactly how the body manages this.

“We know there are interventions that improve some people’s walking, but we don’t know why. And if we don’t know why, we can’t tweak it very well to optimize it,” says Ting, whose paper touches on the interventions at the most extreme (and elite) physical levels. They write about Tiger Woods’ golf swing, how it took him two years to reshape it. Even someone whose movements are ostensibly, rigidly consistent – like a pro golfer – demonstrates that there are multiple ways a body can make the transformation from neural spark to concerted movement.

“When you look at people who perform physically at a very high level, like Tiger Woods, you find that they also have large differences in how they move,” Ting says. “We should take that to heart in rehabilitation, where there is no ‘one size fits all’ approach. We talk about solutions that are good enough, that may not be the most efficient, but get you where you need to go. So, they don’t have to be the best solutions, just good enough, and from there you can improve and modify.”