Patiently Growing
APDC-supported CorMatrix, develops devices that can grow with the patient
December 15, 2016 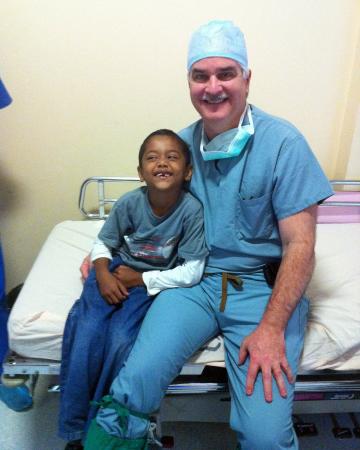 Robert Matheny and a satisfied patient 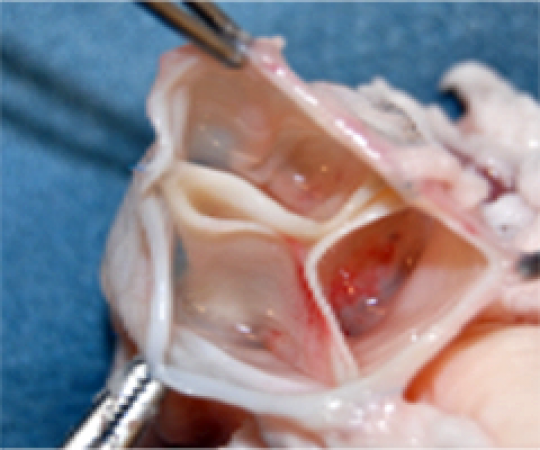 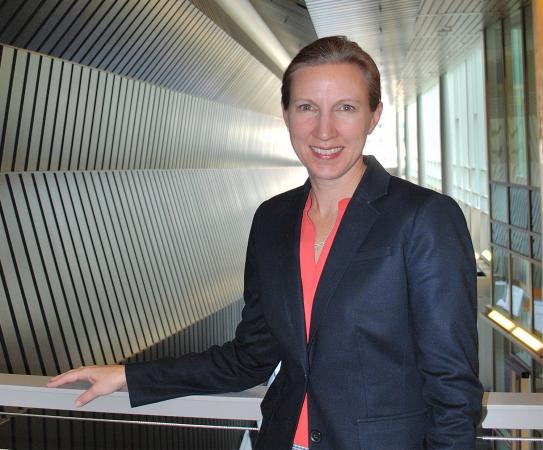 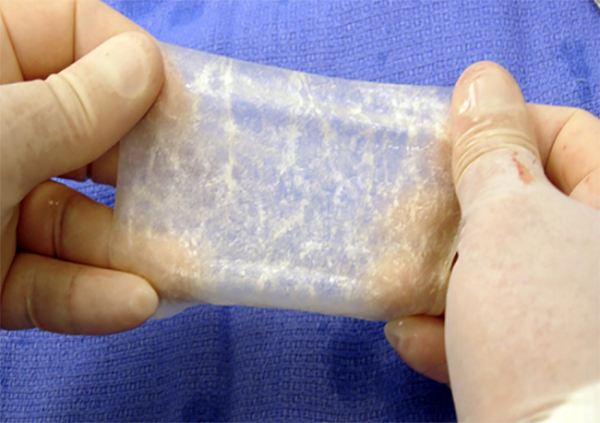 Robert Matheny, a cardiothoracic surgeon, is giving last-minute instructions to another surgeon who is about to operate on a baby 2,000 miles away in a neon city.

“How old is the child? Thirteen months? Yeah, yeah, I think that would be fine,” Matheny says, then pauses a few seconds before continuing in the secret code of his profession. “OK, line up the seam at the seven o’clock position on the annulus, down to the septal papillary muscles, and make a good u-stitch and then put an extra bit through it so that you get three bites – even four if you feel like it’s necessary – through each anchor point, and it’s pretty forgiving.”

He pauses another second and adds, “That should work great.”

It does work great. The patient, known as “Baby Las Vegas,” is now at home and doing well after receiving a tricuspid valve replacement with a novel device created by CorMatrix, the company Matheny co-founded. Based in Roswell, Ga., CorMatrix has twice received a critical financial boost through the Atlantic Pediatric Device Consortium (APDC), headquartered at the Petit Institute for Bioengineering and Bioscience at the Georgia Institute of Technology.

ECM is a naturally occurring bioscaffold that surrounds cells in most tissues. It allows for cell adhesion, differentiation, division, and migration. CorMatrix’s ECM material acts as a scaffold into which the patient’s own cells migrate and integrate, stimulating wound healing mechanisms, which mature to form a strong, permanent tissue repair.

APDC leadership was particularly interested in how the company’s proposed products address one of the major issues related to pediatric medical devices: young people grow.

“Children are growing as they get older, and that can be a major stumbling block,” notes David Ku, who is APDC’s executive director as well as the Lawrence P. Huang Chair Professor of Engineering Entrepreneurship, a Regents’ Professor of Mechanical Engineering, and Petit Institute researcher.

“Let’s say that a child at four needs a heart valve,” Ku says. “By the time he’s 12, that valve will probably need to double in size, which would mean another surgery. What’s interesting about this company is, they’ve addressed this major problem because their tissue grows with the child.”

CorMatrix is produced in manner that retains natural ECM molecules, including growth factors, proteins, and cytokines, which play important roles in host tissue repair and remodeling. So far, CorMatrix devices have been used as a biologic scaffold in a variety of surgical applications, especially cardiac and vascular repairs. The idea is to give surgeons the ability to create a growing native anatomy, serving as a better alternative to synthetic or cross-linked materials.

The company was founded as CorMatrix Cardiovascular Inc., in 2001. It has deep roots at Georgia Tech, but was built on technology that came out of Purdue University, where Matheny had been doing cardiovascular research. He moved to Atlanta in 1999 to start a lab at the facility now known as T3 Labs (T3, for Translational Testing and Training), next door to the Georgia Tech campus.

Matheny, who had been balancing his roles as researcher and physician, ultimately gave up his clinical practice as CorMatrix demanded more of his time.  Along the way, he’s partnered with Georgia Tech researchers to develop the CorMatrix technology and move it forward into other applications.

Most importantly, he partnered with Anna Fallon, who earned her Ph.D. while working in the lab of Petit Institute researcher Ajit Yoganathan, who is a professor and associate chair for translational research in the Wallace H. Coulter Department of Biomedical Engineering. Fallon (who recently left CorMatrix to become director of research for MiMedx) was co-principal investigator with Matheny for CorMatrix’s first APDC-funded project.

“Anna had ECM experience. She wanted to work on valves, and she really was the product development person for us,” Matheny says of his former colleague. “And she’s the one who told me what was available through APDC.”

CorMatrix received its first clearance from the Food and Drug Administration (FDA) in 2005. For a couple of years, before moving into its current facility in Roswell in January 2013, the company was actually headquartered in the basement of the Petit Institute building.

So far, CorMatrix has been used at nearly 1,000 hospitals, and been implanted in more than 145,000 cardiac and vascular procedures, including one in a 13-month baby in Las Vegas. Matheny likes his company’s odds going forward.

To date, all of the company’s funding has come from APDC or individuals, like Bernie Marcus. The philanthropist and Home Depot co-founder is particularly interested in mitral and tricuspid valves. Heart valves are taking up a lot of the company’s time and interest these days, but Matheny sees the opportunity for plenty of other applications for this biological tool that he has harnessed, a tool that can grow with the patient.

“Now that we’re learning the recipe, there really isn’t a tissue that’s off limits,” he says. “It (ECM) has moved into the clinical field, and I think it’s just a matter of time before it replaces most synthetics.”