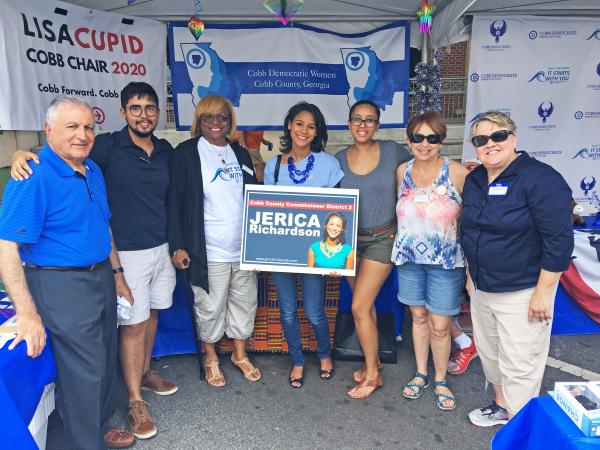 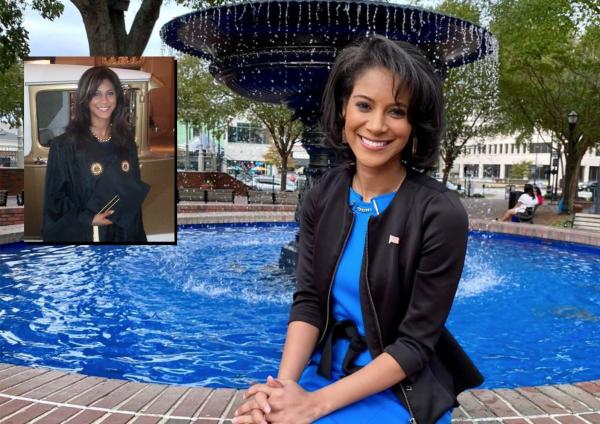 After graduating from Georgia Tech in 2012, Jerica Richardson embarked on a career that has led her public service. She begins her term as a Cobb County Commissioner on Jan. 1.

There was a hotly contested presidential election, the nation was fiercely divided by partisan bickering, and Jerica Richardson was just dying to know who her fellow Americans were voting for and, even more important, why. So she did what any serious political wonk would do: She conducted a study. She was 12.

“It was Bush versus Gore, and I wanted to understand why people voted the way they did,” said Richardson, 31, who graduated from the Georgia Institute of Technology with her biomedical engineering degree in 2012. “I don’t know if it was because I was a kid, but most of the responses I got were, ‘I like his smile,’” added Richardson, who grew up in New Orleans. “I remember thinking, ‘If that’s the rationale, then I should be allowed to vote.’ So I wrote a report that urged lowering the voting age to 12. I’ve always been politically inclined.”

She may not have gotten results then, but now Richardson has turned that early passion into her own political career. She officially begins her first term as the Cobb County Commissioner from District 2 on January 1, 2021.

Basically, Richardson was the kind of kid who asked a lot of questions “about pretty much everything, especially politics, and soon after that, math and science.”

Growing up in New Orleans was like living in a meteorological laboratory, and Richardson became a Weather Channel aficionado early on. By the time she was 16, she’d developed a theory for decreasing the potency of the severe storms that regularly threatened southeast Louisiana.

“The idea was to actually prevent hurricanes from being so catastrophic,” she said. Her “humidity inhibitor” was intended to catalyze molecules, replicating a naturally occurring process before a storm reaches its peak, so that instead of dumping a lot of rain on a smaller area, the same amount of rain will be spread out over a larger area. “It has the potential to significantly reduce the harmful effects of too much rain in one place,” she added.

Richardson’s idea got her on TV (in New Orleans and, later, Atlanta) and caught the attention of a Louisiana congressman who wrote her letter saying he was going to connect her to grant money and a lab at Tulane University.

That was four days before Hurricane Katrina devastated New Orleans.

Richardson’s family moved to metro Atlanta shortly before Katrina hit, staying in hotels before settling in Cobb County, where Richardson continued with high school and seemingly invented a few new hours each day.

Besides participating in Miss Teen Georgia and Miss Georgia pageants, she sings opera; she’s written three books and published one of them; and she’s managed several political campaigns, including Erick Allen’s successful 2018 bid for a state House seat in Smyrna and Jaha Howard’s 2018 campaign for Cobb County School Board.

As an undergraduate at Georgia Tech pursuing a biomedical engineering degree with a pre-med focus, she helped launch Tech’s Leadership, Education, and Development program and GT StartUp (an organization that was designed to help students develop entrepreneurial and business leadership skills). She also earned a certificate in pre-law and got deeply interested and involved in local politics, organizing voter registration drives and working on Kwanza Hall’s Atlanta mayoral campaign. In 2011, she won the Alvin M. Ferst Leadership and Entrepreneur Award from Tech’s Division of Student Life.

"Georgia Tech grew my way of thinking and how I process questions," said Richardson, who shifted her focus somewhat after graduation. "I have wide-ranging interests and an inquisitive nature." That led her to working in corporate sales for a time. She also taught herself to write code and develop software. She is now a project manager at Equifax, where she leads a global mentorship program focused on women in technology.

As someone who is comfortable using technology in the digital space, Richardson said her first run for office during a year of social distancing wasn’t that difficult. She built her own website and enlisted 34 volunteers to support her campaign, many of them under the age of 20. And beginning New Year’s Day, she begins the next phase of her career, this time as a public servant in county government.

The uber ambitious Richardson is only half kidding when she says it was something that happened at Georgia Tech that inspired her to finally run for office.

“I blame former Coulter Department Chair Ravi Bellamkonda,” she says. “When I was taking his class at Georgia Tech, he told me that I’d be well suited for politics. In fact, I even sent him an email message and said, ‘You know, this is all your fault.’”

Bellamkonda responded by sending a donation to her campaign.