An Improved Understanding of Spasticity Using the Pendulum Test 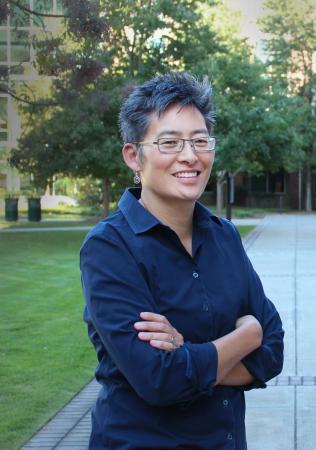 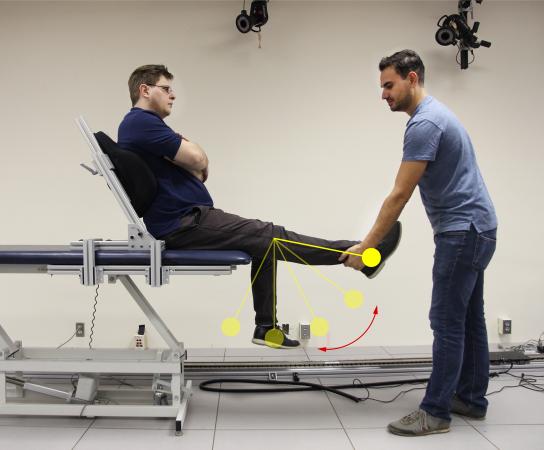 Spasticity is a condition in which muscles are contract strongly, resulting stiffness or tightness, and quite often, pain. Usually caused by damage to the brain or spinal cord, it’s particularly common in people with neurological maladies like cerebral palsy or stroke.

Cerebral palsy (CP) is the most common cause of physical disability in children in most developed countries, and spastic CP is the most common form of the disorder. For these patients (and others), spasticity can be severely debilitating, negatively impacting their movement, speech, gait, and overall quality of life.

The lab of Lena Ting, professor in the Wallace H. Coulter Department of Biomedical Engineering at Georgia Tech and Emory, and in the Division of Physical Therapy in Emory’s Department of Rehabilitation Medicine, is tackling the problem, shedding new light on issues underlying spasticity.

Ting’s lab is part of an international collaborative effort with a recently published research article in the open access scientific journal, PLOS One. She is corresponding author of, “Interaction between muscle tone, short-range stiffness and increased sensory feedback

dropped from the horizontal position and the features of leg motion are recorded. “This problem actually arose out of a homework problem for my Computational Neuromechanics class, where we simulate the leg as a pendulum,” said Ting.

In typically-developed people, the swinging leg behaves like a damped pendulum, with the angle of leg swing decreasing as it oscillates several times before coming to rest. In children with spastic CP, three key differences in the leg motion are observed: Reduced angle of leg swing in the first oscillation,  fewer oscillations, and the coming to rest at a less vertical angle.

Overall, the decrease in the first swing has been found to be the best predictor of spasticity severity, but why this is the case is has not been clear. Ting’s team hypothesized that increased muscle tone– the continual contraction of muscles while at rest­–accounts for both the reduced leg swing and the non-vertical resting leg angle. This idea contrasts with the clinical explanation of spasticity as an abnormal increase in the activation of reflexes as the leg is stretched with higher velocities.

“We were stumped because the clinical explanation of increased velocity-dependent reflexes didn’t generate realistic motion,” Ting said. “But we happened to be working on a different research project studying an interesting property of muscles called short-range stiffness, which increases when muscles are activated. We wanted to know if this very rapid rise and drop of resistive force in muscles when they are stretched could explain the parts of the pendulum test that were giving us a hard time in the simulation.”

So the researchers developed and tested a physiologically-plausible computer simulation of how muscle tone and reflexes would interact to reproduce key features of the pendulum test for spasticity across a range of severity levels. Their new model helps to explain a whole range of pendulum test kinematics in people with and without CP.

“Increased muscle tone plays a primary role in generating a key feature of the leg motion that is most closely related to the level of spasticity,” Ting explained. “Even when reflexes are increased,  can only account for pendulum test results across the spectrum of spasticity severity if we also increase muscle tone and short-range stiffness. This is exciting because the pendulum test is more objective than a clinician’s subjective assessment of leg stiffness. And with our model we can now begin to understand how multiple mechanisms of spasticity might interact to cause abnormal body motion, not just in the pendulum test, but in everyday movements.”

Lead author of the paper was Friedl De Groote, assistant professor in the Department of Movement Sciences at KU Leuven in Belgium. Other authors were both researchers from Ting’s lab, Kyle Blum and Brian Horslen.