Hollister and Team Study Long-term Effects of Tracheal Splint
Coulter Department/Petit Institute researcher at Georgia Tech says next step for groundbreaking device would be Phase One clinical trials
May 3, 2019 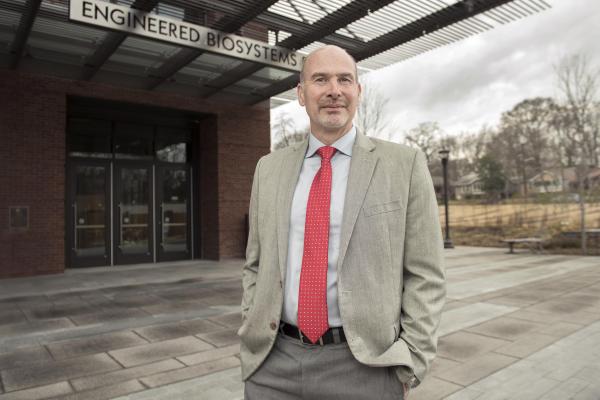 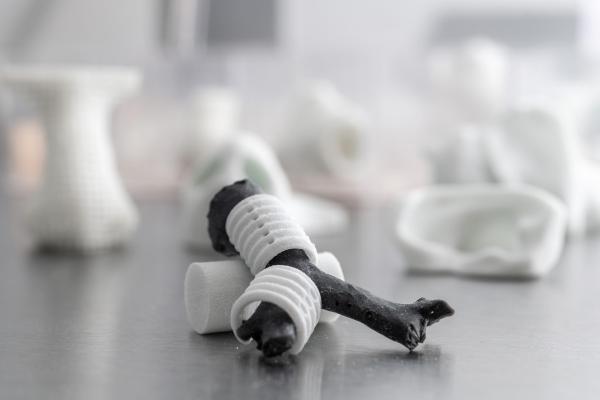 In February 2012 Kaiba Gionfriddo, just three-months old, had already run out of options to treat his tracheobronchomalacia, a birth defect that was causing his airways to collapse. So his parents took him to the University of Michigan Medical Center, where Scott Hollister and Glenn Green were working on a life-saving solution.

They captured images of Kaiba’s trachea with a CT scan and, using a 3D printer, constructed a splint tailored to fit Kaiba. The tiny tube (actually, about three-quarters of a tube, as the device is designed to slip around the trachea) was attached to the surface of Kaiba’s airway, creating a kind of exoskeleton that actually pulls the trachea open. The effects were instantaneous as Kaiba’s lungs began to inflate and deflate normally.

This was a groundbreaking medical breakthrough that made national headlines. The new device gave hope to families with children who have the most relentless cases of tracheobronchomalacia, a condition that occurs once in 2,200 births (or about 1,500 to 1,800 babies a year), ranging in severity.

A lot has happened since Kaiba’s case. For one thing, 21 patients have now received the device. For another, Hollister has become a professor in the Wallace H. Coulter Department of Biomedical Engineering at Georgia Tech and Emory University, and a researcher in the Petit Institute for Bioengineering and Bioscience at Tech. Kaiba, now seven, is doing well and is the oldest patient among 15 children who are part of a recently published study from Hollister and his colleagues in the journal The Laryngoscope.

“This paper really establishes how the device performs clinically, and the long term outcomes,” says Hollister. “So this study was focused more on the quality of life after the procedure.”

Last year, three custom-printed tracheal splints, developed by Hollister’s lab at Georgia Tech, were placed in a seven-month-old patient at Children’s Healthcare of Atlanta, the first such procedure in Georgia. Hollister says he and his Atlanta team will continue moving their program forward with the hopes of running a clinical trial with Children’s.

That first Georgia patient was not part of the most recently published study, but as with the other babies who have received the device, the procedure was allowed to happen the physicians received emergency clearance from the U.S. Food and Drug Administration (FDA).

For their study, the researchers looked at the clinical safety and efficacy of the device, focusing on 15 patients (ranging in age from three to 25 months) who had received 29 splints on their trachea from 2012 to 2018. They took into account a patient’s history of extracorporeal membrane oxygenation (ECMO), and other circumstances. For instance, 13 of the patients had been chronically hospitalized, and seven their entire lives.

The researchers collected outcome information on respiratory support that may have been needed post-procedure, disposition, and splint-related complications and concluded that all surviving patients experienced significant improvement.

“FDA has been extremely helpful and supportive through this process,” says Hollister. “We really hope our data will now support a clinical trial. That would be the next step, FDA approval and a broader application.”

The device would be considered under humanitarian device exemption rules (applied in devices designed to treat diseases that affects fewer than 8,000 patients a year), and that would require only a Phase One trial, Hollister says, “to prove that it’s safe.”

In addition to Hollister and Green (corresponding authors), the other researchers, all from the University of Michigan, include Andrea Les, Richard Ohye, Amy Filbrun, Maryam Ghadimi, Colleen Flanagan, Rodney Daniels, Kelly Kidwell, and David Zopf.