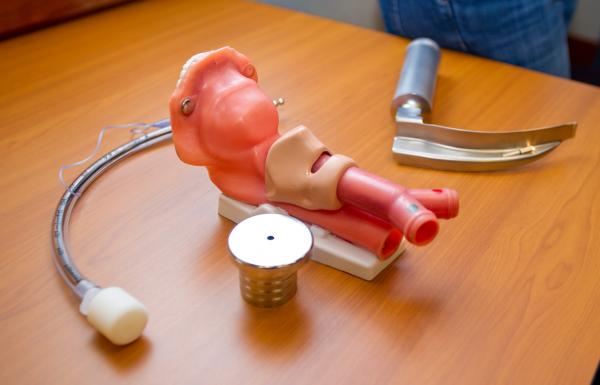 The Biomedical Engineering undergraduate student project MAID has received numerous accolades from both national and local competitions. MAID, or Magnetically Assisted Intubation Device, is a simplified approach to intubation that utilizes magnets to guide the endotracheal tube into the airway of a patient easily and quickly, with less risk and without the need for visualization.

This May, the MAID team was awarded third place in the National College Inventors and Innovators Alliance (NCIIA) BME Idea competition where they won $1,000 and an expenses-paid spot at the BME VentureLab at USC. VentureLab is a five-day intensive bootcamp designed to help early startups accelerate their ventures. The workshop will evolve the MAID business strategy, sales channels, and marketing to give them a better understanding of the financial mechanics of their venture.

MAID has been awarded in several competitions since their 2nd place win at the Inventure Prize Competition in March, 2011. The team won $10,000 cash and a patent application by the Georgia Tech Office of Technology Licensing. MAID also had an unprecedented sweep in the March 2012 Georgia Tech College of Management's Business Plan Competition, including first place in the Undergraduate Competition, first in the Overall Competition, Most Commercializable Plan and the Alumni Award in the poster session, for total winnings of $42,500. They also won first place and $500 at the at the Design of Medical Devices Conference, held April 10-12, 2012 at the University of Minnesota and $1,000 at the Product Development and Management Association's (PDMA) 2012 Student Competition Awards on April 19, 2012 at Georgia Tech.

In July 2011, the MAID team was awarded a $25,000 seed grant from TRIBES. TRIBES is the Translational Research Institute for Biomedical Engineering & Science in the Biomedical Engineering Department of Georgia Tech. The MAID team has been advised by Leanne West of GTRI and Professor of the Practice Franklin Bost of TRIBES and the Atlanta Pediatric Device Consortium to develop their device since the InVenture Prize win. GTRI has provided the student project MAID with assistance in prototyping and testing their novel medical device.