CoE Dean Presented with PAESMEM Award at White House Ceremony
College of Engineering Dean, Gary S. May, was in Washington, D.C. this week to receive his Presidential Award for Excellence in Science, Mathematics, and Engineering Mentoring (PAESMEM).
October 7, 2016 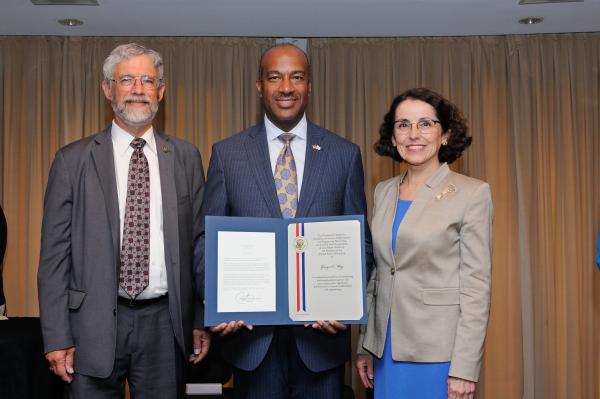 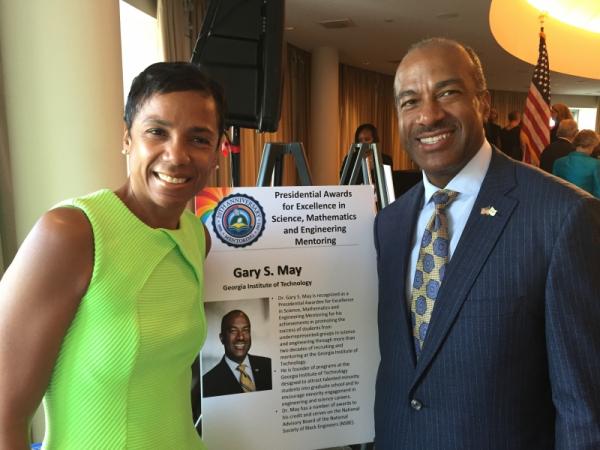 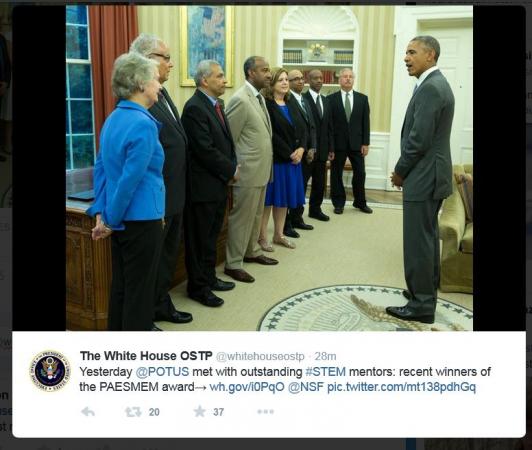 College of Engineering Dean, Gary S. May, was in Washington, D.C. this week to receive his Presidential Award for Excellence in Science, Mathematics, and Engineering Mentoring (PAESMEM). May is one of 14 individuals and one organization named as the newest recipients of the PAESMEM. May was accompanied at the ceremony by his wife, LeShelle May, as well as other family members.

"I could not be more honored to receive this recognition from President Obama,” said May. “Mentoring engineering students and broadening participation among underrepresented groups has been a pillar of my career, and it is truly gratifying for my contributions to be acknowledged. I want to thank the White House and all of the students who have enriched my life in so many ways."

May created the Summer Undergraduate Research in Engineering/Science (SURE) program, for which he was granted more than $2.7 million from the National Science Foundation (NSF). Through SURE, he annually hosted minority students to do research at Georgia Tech in the hopes that they would pursue a graduate degree. More than 73 percent of SURE participants enrolled in graduate school. May was also the creator and director of the Facilitating Academic Careers in Engineering and Science (FACES) program, for which he was granted over $10 million from NSF to increase the number of African-American Ph.D. recipients produced by Georgia Tech.

The Presidential Award for Excellence in Science, Mathematics, and Engineering Mentoring is awarded by the White House to individuals and organizations to recognize the crucial role that mentoring plays in the academic and personal development of students studying science and engineering—particularly those who belong to groups that are underrepresented in these fields. By offering their expertise and encouragement, mentors help prepare the next generation of scientists and engineers while ensuring that tomorrow’s innovators represent a diverse pool of science, technology, engineering, and mathematics talent throughout the United States.