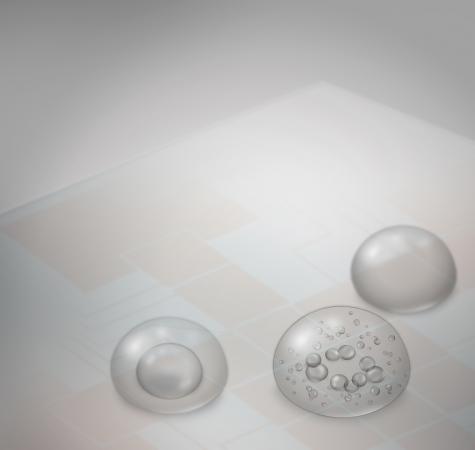 Researchers at the Georgia Institute of Technology recently found that microscale droplet manipulation by electrowetting-on-dielectric (EWOD) could help researchers more quickly, and more easily determine some key properties of aqueous two phase systems (ATPS). In particular, they discovered that binodal curves and tie-lines for ATPS formed by liquid-liquid phase separation (LLPS) could be identified without the need for lengthy, time consuming pipetting procedures.

The researchers, based in the lab of biomedical engineering professor Shuichi Takayama, published the results of their study in the journal ChemBioChem which covers chemical biology, synthetic biology, and bio-nanotechnology.

While we are all familiar with cells in the body, scientists are more deeply exploring membraneless oragnelles such as nucleoli, Cajal bodies, P-bodies, and stress granules, which can form dynamic liquid domains inside of cells. Researchers want to gain more knowledge about how various aqueous solutions demix inside the human body along with gaining a better understanding of the biochemical processes occurring in the organelles. The discovery of better, faster techniques such as microscale droplet manipulation by EWOD will aid researchers in this area of study.

Scientists need to know the condition(s) at which two distinct phases may coexist in liquid-liquid environments and these plots are known as binodal curves in aqueous two-phase systems (ATPSs). Plots of concentrations and temperatures are typically depicted in this diagram.

A binodal curve divides a region of component concentrations that will form two immiscible aqueous phases (i.e., above and at the curve) from those that will form one phase (i.e., below the curve). Coordinates for all “potential” systems will lie on a tie-line; the tie-line connects two nodes on the binodal, which represent the final concentration of phase components in the top and bottom phases.

For scientists new to the field of ATPS technology, it’s advisable to start with the construction of a binodal diagram so that an organized choice of systems can be used for initial partitioning experiments.

Lead author and postdoctoral fellow, Taisuke Kojima, stated, “the driving of flat droplets between glass plates by electrowetting-on-dielectric (EWOD) allows us to clearly watch the liquid-liquid interactions in a merged droplet having multiple ingredients at adjustable concentrations. Our apparatus is an easy tool that is like a "smart microscope slide" where specimens can be precisely moved and agitated for observation to quickly gain new insights, such as the study of molecular crowding and its effect on liquid-liquid phase separation.”

Coauthors on the study were: Taisuke Kojima and Shuichi Takayama at Georgia Tech; Chu-Chi Lin and Shih-Kang Fan from National Taiwan University. The research was funded by NIH (GM123517and AI116482) and partially supported by the Ministry of Science and Technology (Taiwan) under grant 106-2918-I-002 -048. Any findings, opinions or recommendations are those of the authors and not necessarily of the funding agencies.