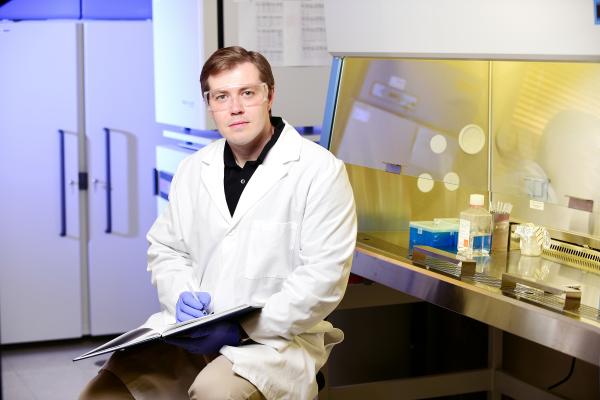 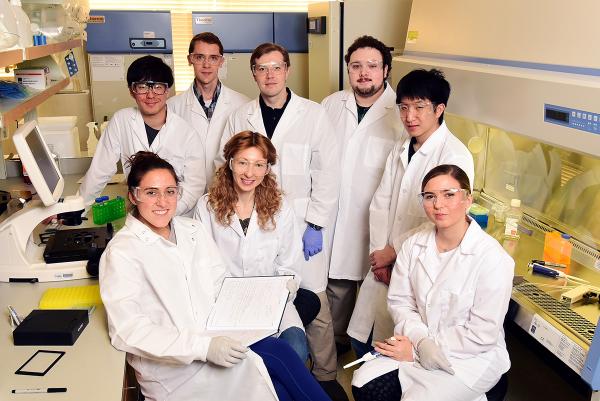 As an organism develops, its endothelial cells organize into complex networks, eventually forming the interior lining of the entire circulatory system, from the heart to the smallest capillary. When endothelial cells don’t function properly – when their collective behavior is compromised – the unfortunate result is a range of vascular diseases, many of which are life-threatening.

One of these, cerebral cavernous malformation (CCM), the abnormal development of blood vessels in the brain, has long captured the attention of Denis Tsygankov, assistant professor in the Wallace H. Coulter Department of Biomedical Engineering at Georgia Tech and Emory University, and a researcher in the Petit Institute for Bioengineering and Bioscience at Tech.

“This actually started for me as a project when I was at the University of North Carolina and was approached with a challenge,” said Tsygankov, who worked in a computational lab of his principal investigator, Timothy Elston, in collaboration with the experimental lab of Gary Johnson, who studied molecular mechanisms of CCM pathogenesis. “There is no cure. Some people who have the disease may live their whole lives and not know it.”

The thing is, CCM can be a genetic hand-me down: Children stand a 50 percent of inheriting CCM from a parent with the condition. Typically, the disease lies quietly within a person’s brain or spinal cord until there are symptoms. These include seizures, headaches, paralysis, lost vision, cerebral hemorrhage. And sometimes, because of severe bleeding or pressure, CCMs can be deadly.

The few treatment options vary. Anti-epileptic drugs can control seizures, but surgery (with all the potential side effects of an invasive procedure) may be necessary to remove a CCM.

“People go under the knife again and again,” Tsygankov said. “It’s not a super common disease, but it is important to find a pharmacological alternative to its treatment.”

Toward that end, Tsygankov’s lab recently produced a research paper in iScience (an interdisciplinary open-access publication in the Cell press family of journals), entitled, “Biomechanics of Endothelial Tubule Formation Differentially Modulated by Cerebral Cavernous Malformation Proteins.” Their findings in the article are significant in developing a fuller understanding of CCM.

“We know about the mutations that cause it. On a molecular level we can do genetic studies, biochemical studies, and say, ‘here is the signaling network involved.’ But when you look at the disease you look at collective cell behavior,” Tsygankov said. “You see how the blood vessels form and then you see there is a huge gap between what you know on the molecular level and what you know on the tissue level. This is a challenging problem in general for any disease.”

He and his team took an integrative approach, using computer modeling and experiments in studying coordinated endothelial cell behavior at the earlier stages of vasculogenesis.

“Through iterative cycling of modeling and experiments, we investigated the biomechanics of multicellular patterning in the context of healthy and diseased cell populations,” said Tsygankov, whose team developed a comprehensive simulation model with a sufficient level of detail to account for single-cell dynamics – protrusive activity, cytoskeletal stiffness, shape change, and then used it to simulate thousands of interacting cells.

“This approach allowed us to relate molecular regulation of the cytoskeleton to the multicellular patterns that developed during endothelial tubule formation,” said Tsygankov. The team used a well-controlled disease model and endothelial cells with a knockdown of each of the three CCM proteins known to be responsible for similarly disruptive (but mechanistically different) effects on the formation of tubular structures.

“Specifically, our methodology allowed us to dissect causal effects of CCM-1, CCM-2, and CCM-3 knockdowns on the resulting multicellular structures and explain the incomplete rescue of the disease phenotypes by the inhibition of one of the key regulators of the cytoskeleton, Rho kinase, which become overactivated  in CCM,” said Tsygankov, whose study also addressed a somewhat controversial observation – despite  well-documented commonalities in the effects of the three proteins on the downstream signaling, CCM-3 cells have surprisingly low cytoskeletal stiffness as compared to CCM-1 and CCM-2.

“We’ve taken very, very nascent steps,” Tsygankov said. “But ultimately the goal is to learn enough about this system and how it works so that we can interfere and fix it.”

“Signaling and regulatory networks don’t just happen in a well-mixed soup or a vacuum,” he said. “They happen within the complex cytoskeletal organization of cells, and cells are active. They are moving and interacting. So, my ultimate goal is to bridge two fields – biomechanics and traditional molecular systems biology. And I’m very proud that we could merge our careful computational modeling with experimentation. That’s sort of our lab’s philosophy.”

The work was funded by the U.S. Army Research Office (ARO) grant W911NF-17-1-0395 and by funds from the Marcus Foundation, The Georgia Research Alliance, and the Georgia Tech Foundation through their support of the Marcus Center for Therapeutic Cell Characterization and Manufacturing (MC3M) at Georgia Tech.